Monarch butterflies are perhaps the most iconic native insect in North America. These large, beautiful butterflies, famed for their yearly migration, are a prized visitor for many gardeners and nature enthusiasts. Many Oklahomans, aware of the conservation threats facing monarchs, have begun taking the initiative to provide the butterflies with the habitat and food they need to continue to thrive. But could a garden plant commonly planted to feed monarchs actually be harming the migrating butterflies? That’s what Kayleigh Clement, a student at the University of Oklahoma, wants to find out. 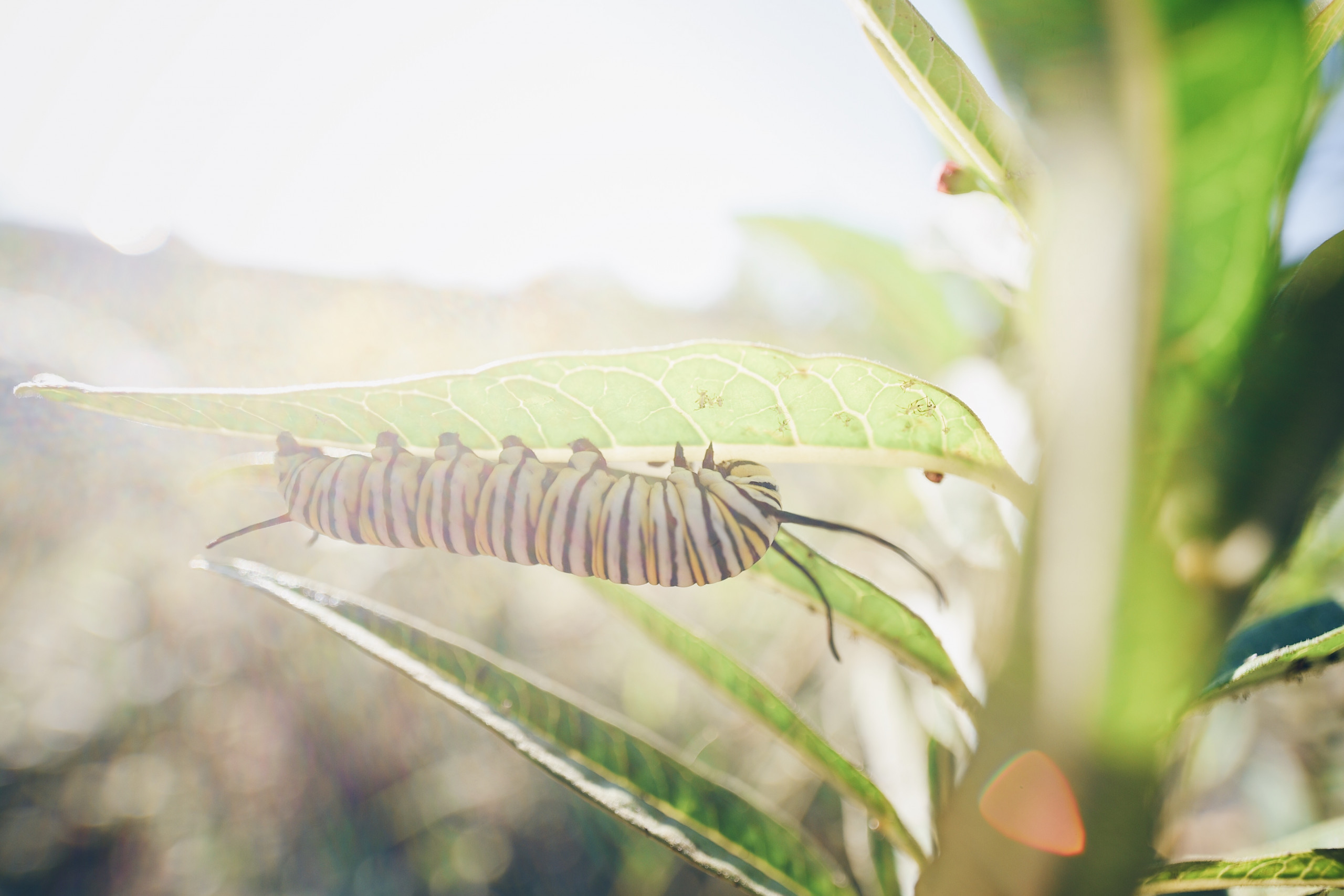 The caterpillars of monarch butterflies feed exclusively on a group of plants known as milkweeds. Although milkweeds are highly toxic, not only can monarch caterpillars eat them safely, but they even reuse the plant toxins for their own defense. While there are a variety of milkweed species native to Oklahoma, the non-native tropical milkweed (Asclepias curassavica) is quickly becoming a popular option for people interested in attracting and supporting monarchs in their communities. Kayleigh says that tropical milkweed is often selected for butterfly gardens because it’s an attractive plant, “it’s easy to grow, and it stays pretty past our native milkweeds,” but it could potentially be doing more harm than good. 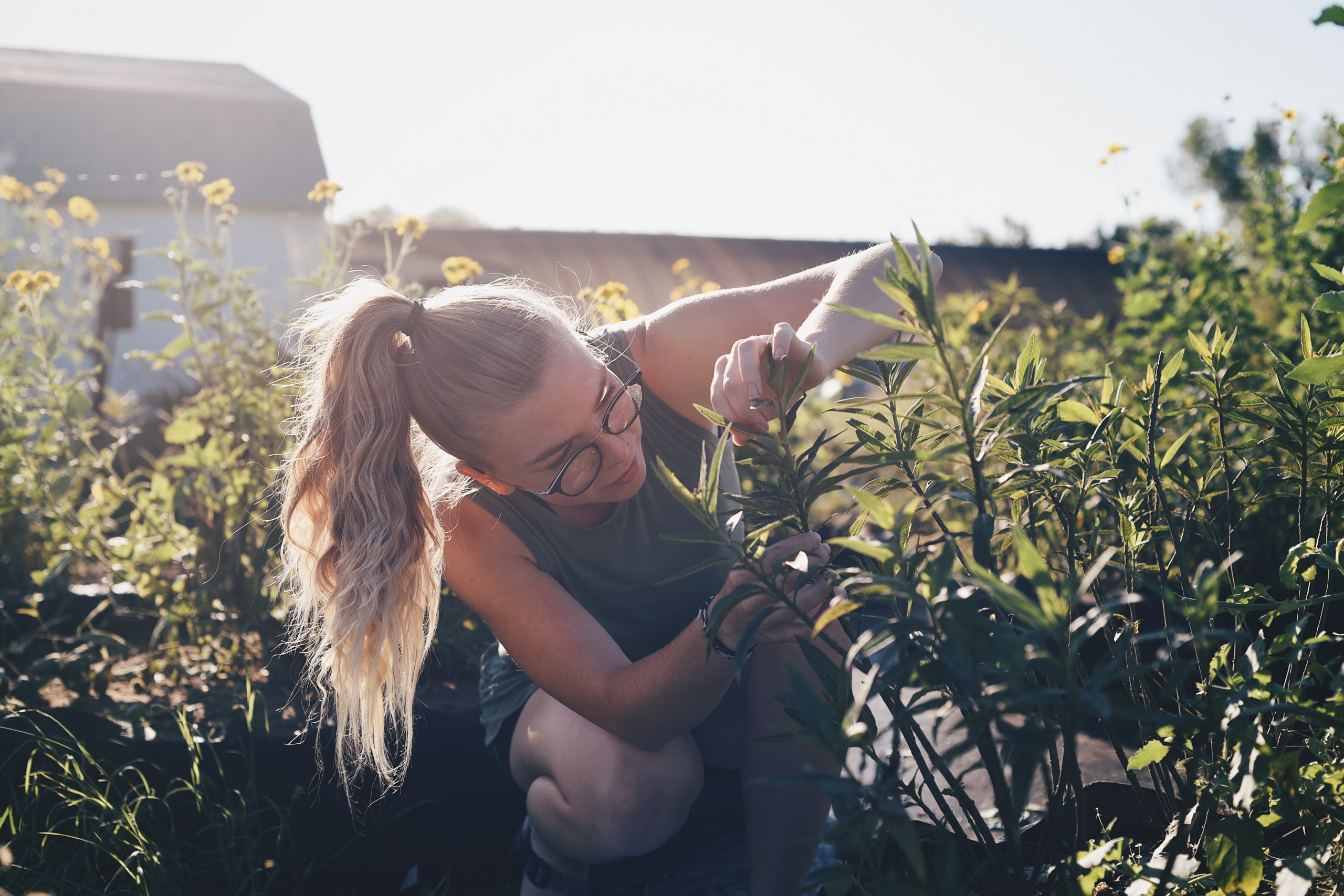 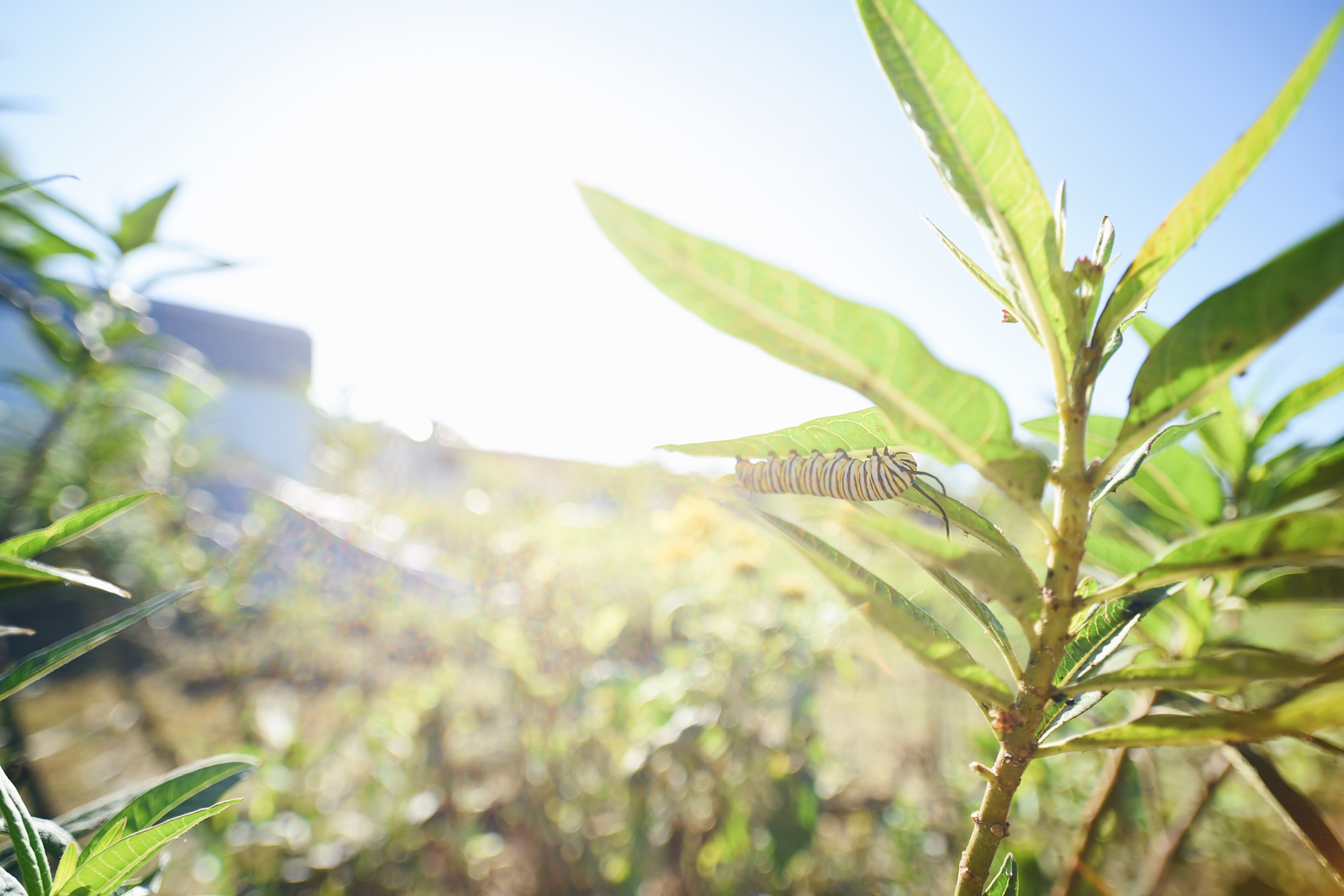 To understand the problem caused by planting tropical milkweed, it’s helpful to first understand the peculiar migratory life cycle that makes monarchs so special. Monarchs are famous for their annual migration, travelling thousands of miles from southern Canada into Mexico to spend the winter. While the distance they travel is remarkable, what is most unusual about the monarch migration is that it occurs over several generations. 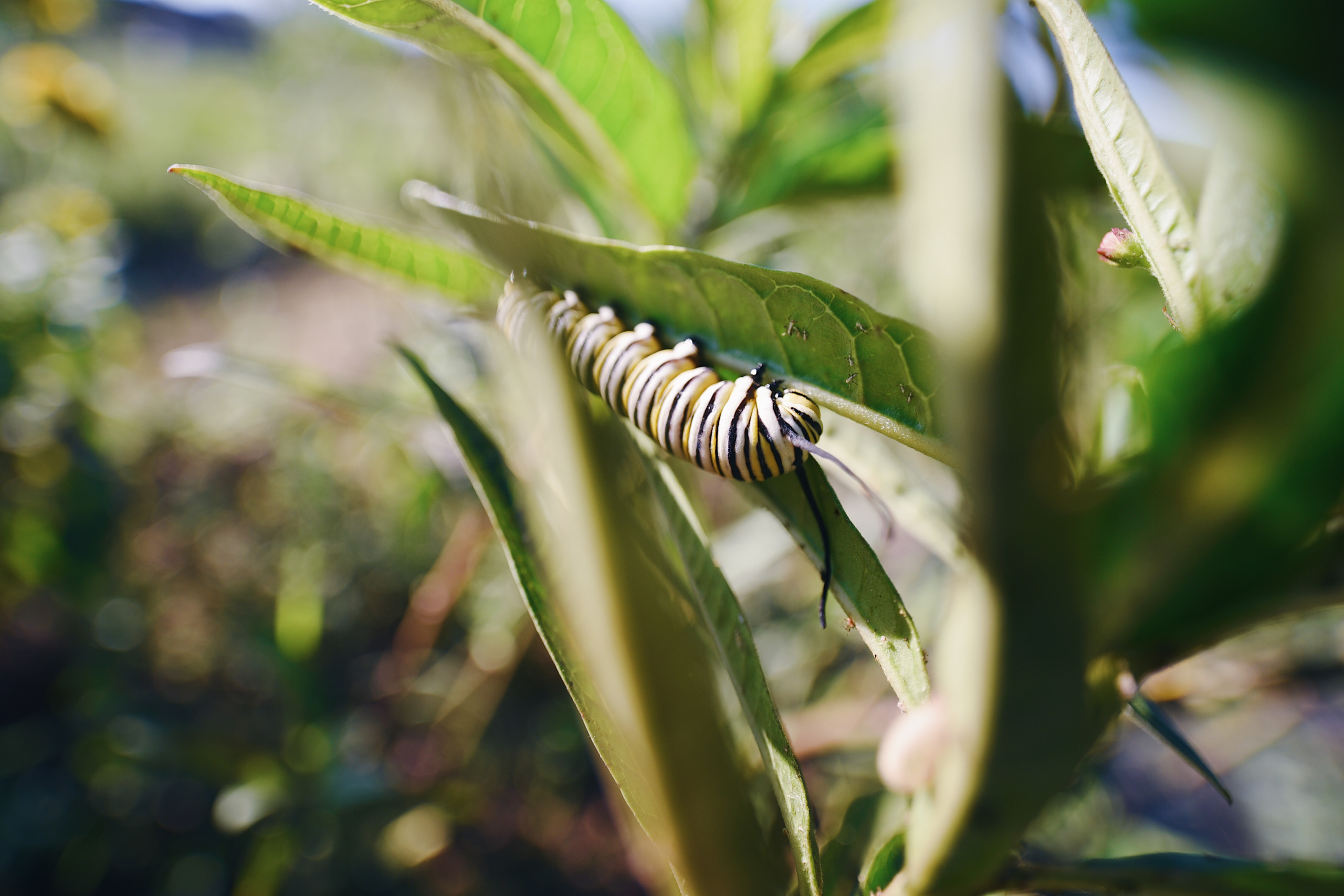 Each spring, the butterflies that spent the winter in Mexico fly northward into the lower United States, where they mate and lay eggs that hatch into caterpillars. Once the caterpillars undergo metamorphosis and emerge as adult butterflies they continue their parents’ northward journey. They reach the northern US and southern Canada by late May, and here they lay eggs of their own. The monarchs of this second generation do not migrate but instead spend their whole lives in the region where they were born. Here they produce the third generation of monarchs, which also does little to no migrating before producing the fourth generation. It’s this fourth generation of butterflies that face the perilous task of flying thousands of miles southward to spend the winter in the homeland of their great-great-grandparents, a homeland which they have never seen, before starting the cycle over again the following spring. 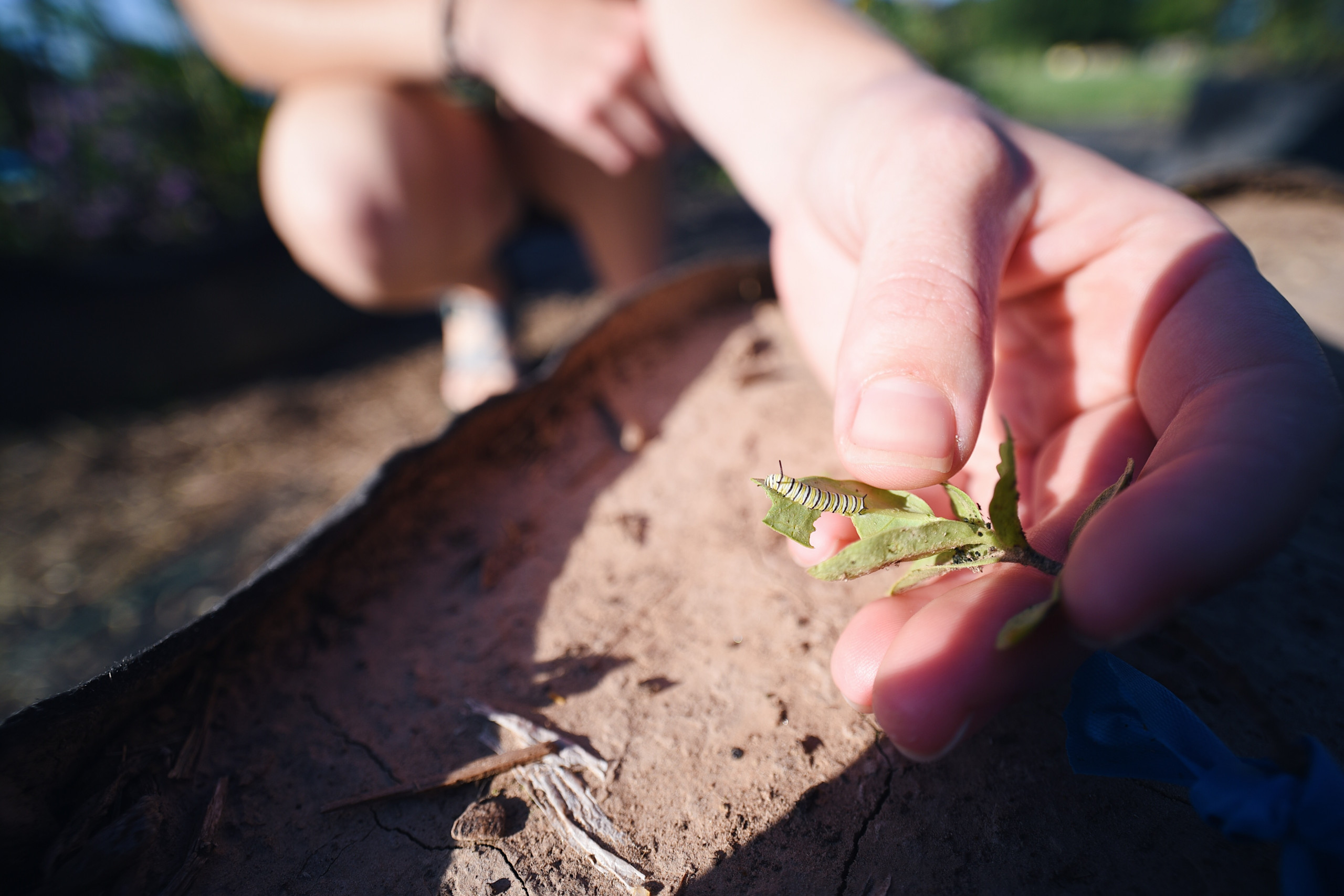 Since native milkweed plants are adapted to the Oklahoma winter, most have already become dormant by the time the monarch migration passes through. Since there is no food for caterpillars, the migrating fourth generation of monarchs passes through Oklahoma without laying eggs, continuing their journey to Mexico. Tropical milkweed, on the other hand, is not adapted to winter conditions and will simply continue growing and flowering until freezing temperatures kill the plants. When the migrating monarchs encounter tropical milkweed in the autumn, some of them stop and lay eggs. 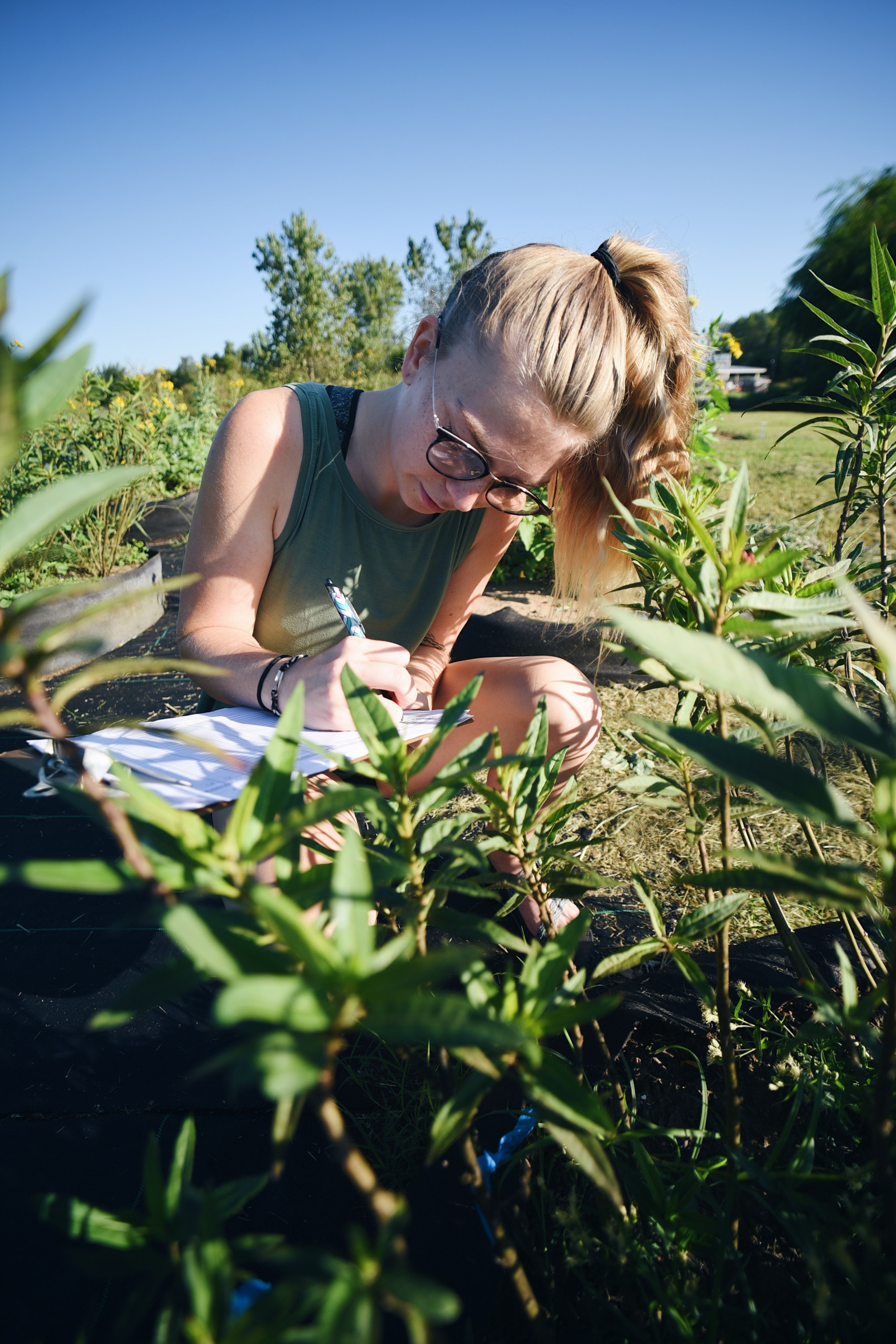 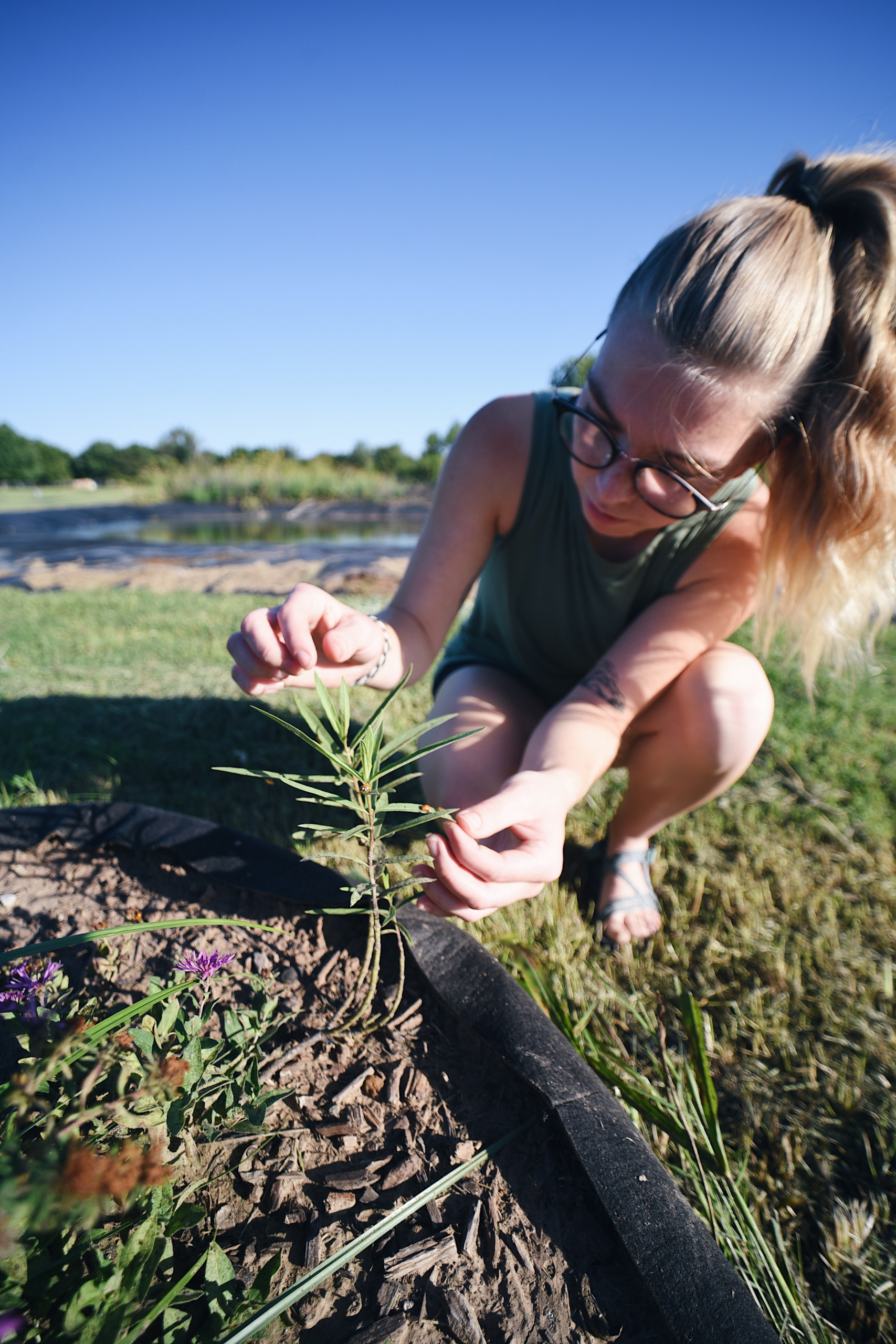 While this may seem like a good thing, it can harm monarch populations in two ways. First, monarchs die after laying eggs, so any butterflies that lay eggs on tropical milkweed in autumn won’t continue the journey to Mexico. If their offspring are later killed by freezing temperatures, the whole population suffers the loss of individuals that should have reproduced the following spring. Additionally, even if this extra fifth generation of monarchs reaches adulthood before the first freeze they may not have the instinct to continue the southward migration (causing another loss to the monarch population). Kayleigh’s project aims to help determine just how harmful this “extra” generation is to the monarch population. 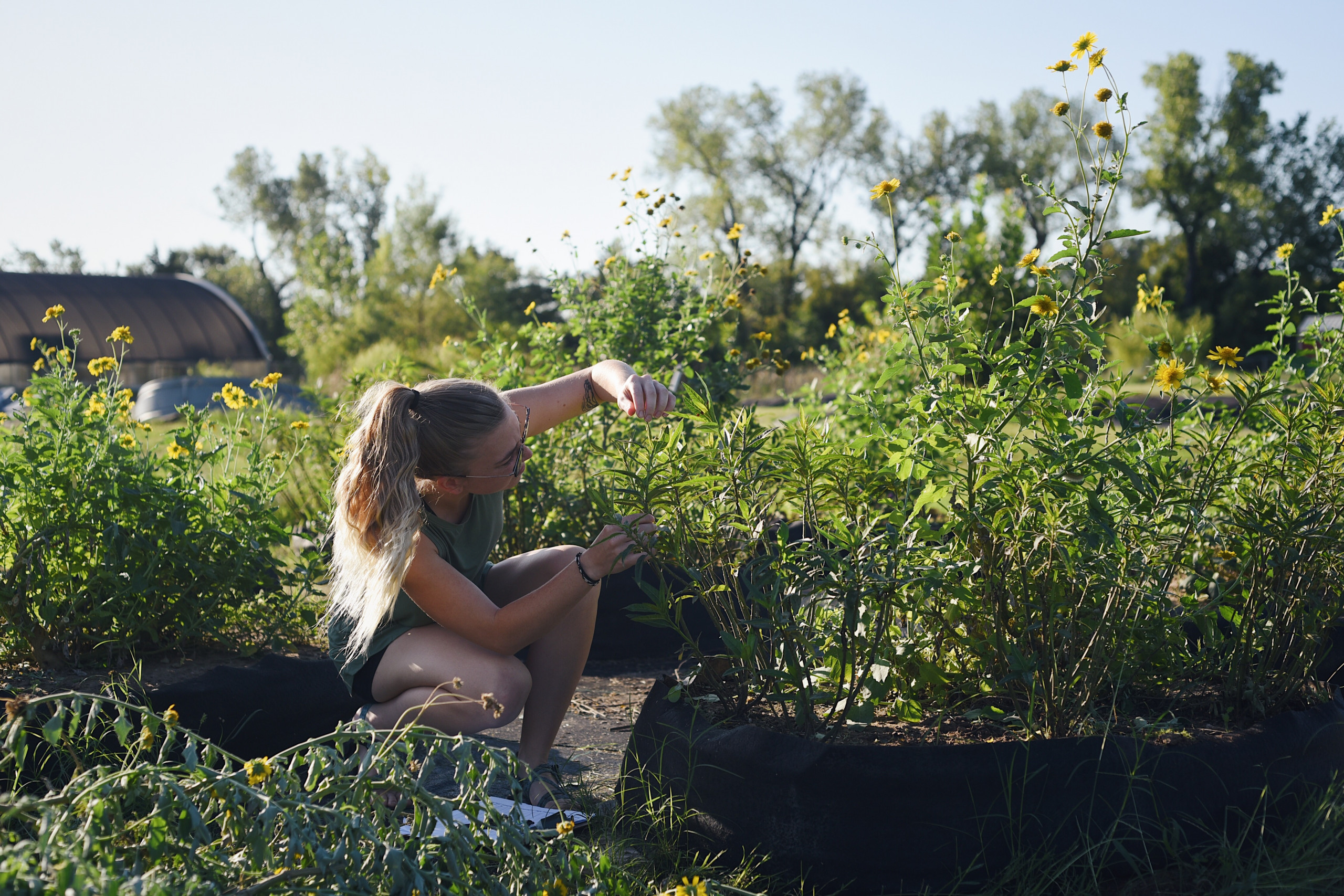 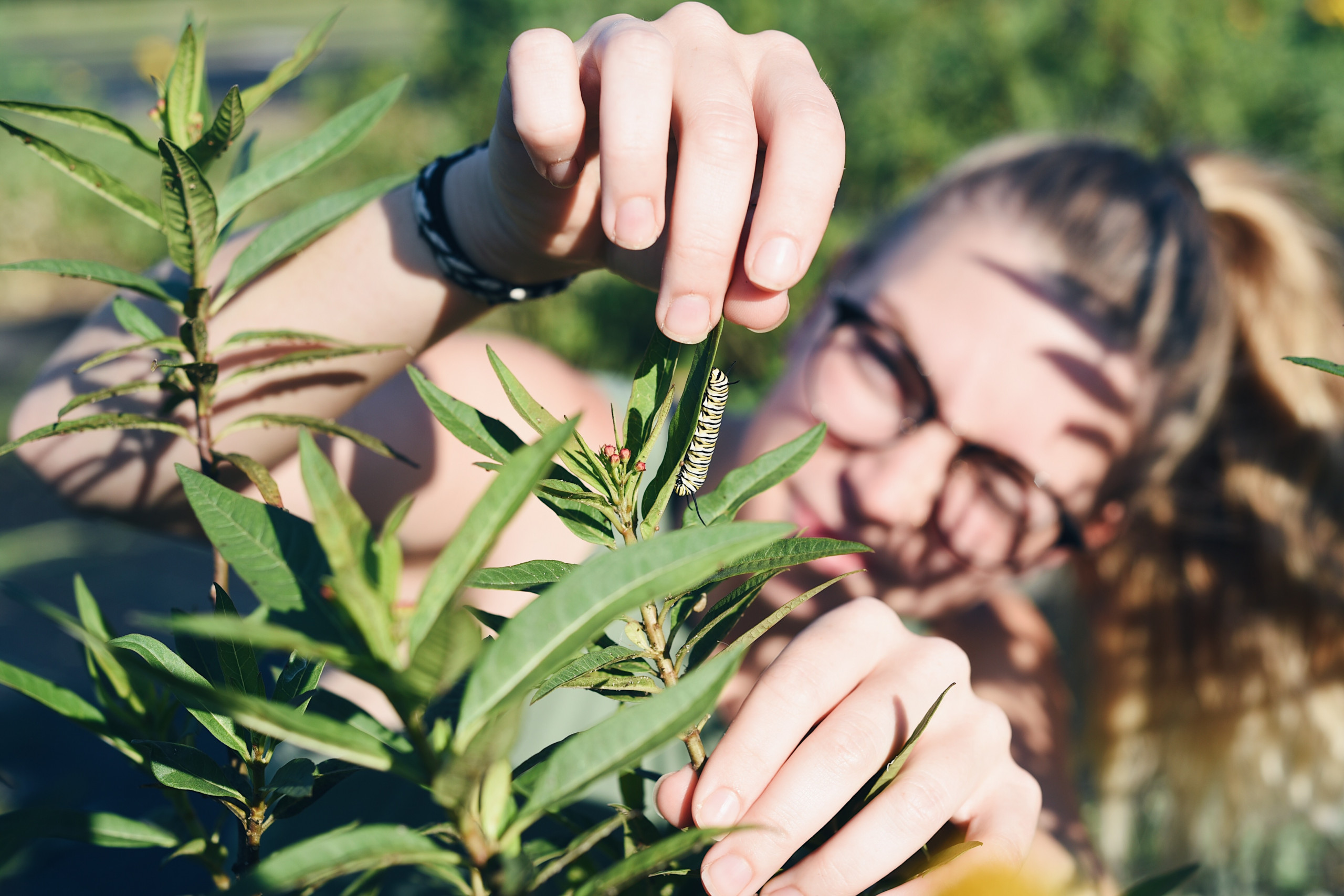 “I’m not necessarily trying to tell everybody ‘[tropical milkweed is] bad, don’t use it,'” Kayleigh says, “but we’d like to know more about it if people are going to be planting it all over Oklahoma.” To investigate the impact of tropical milkweed in Oklahoma Kayleigh has teamed up with Dr. Priscilla Crawford, a conservation biologist at the Oklahoma Biological Survey at the University of Oklahoma. Together they designed and initiated an experiment to test whether tropical milkweed causes more monarchs to halt their migration than the native milkweeds. 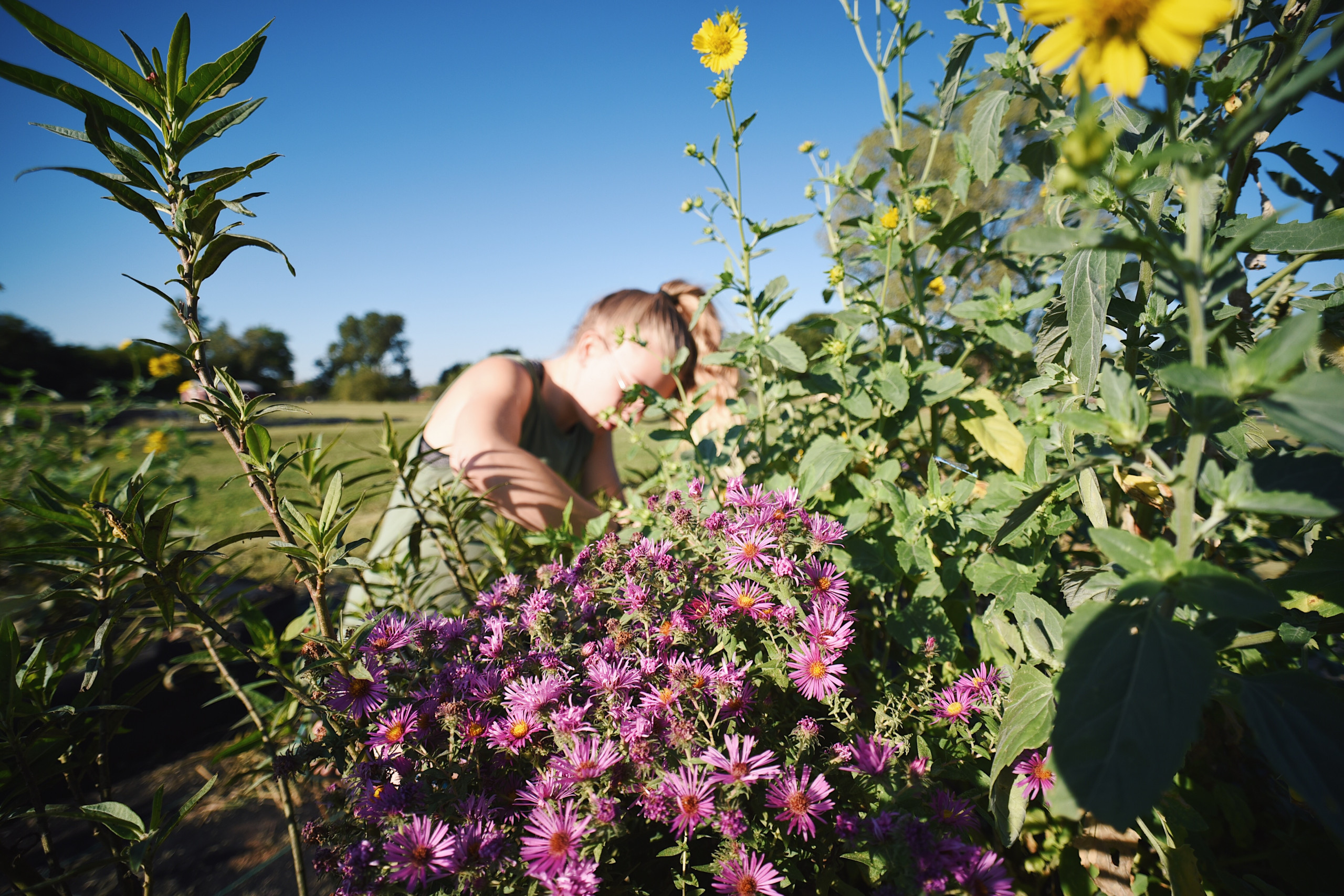 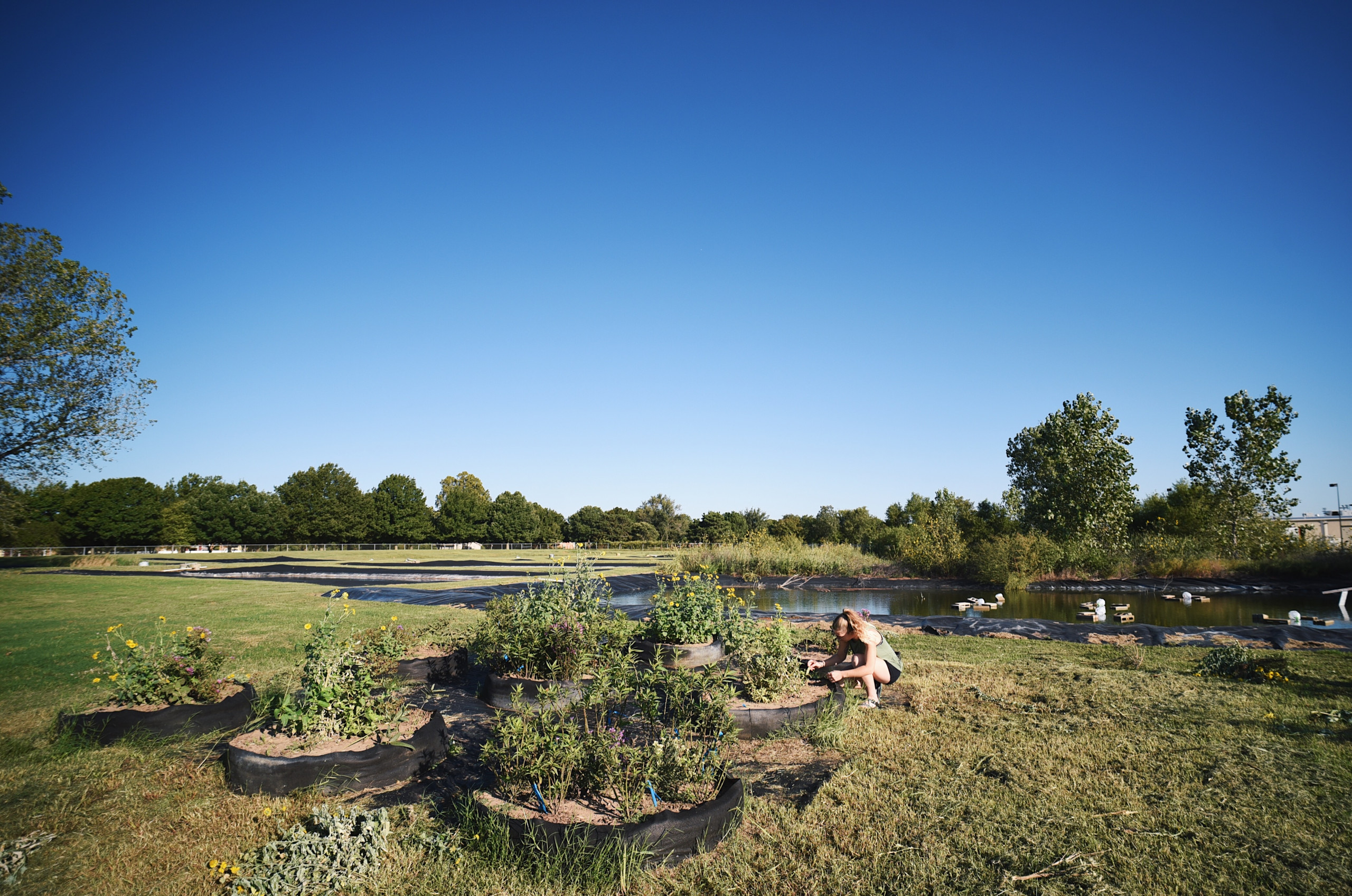 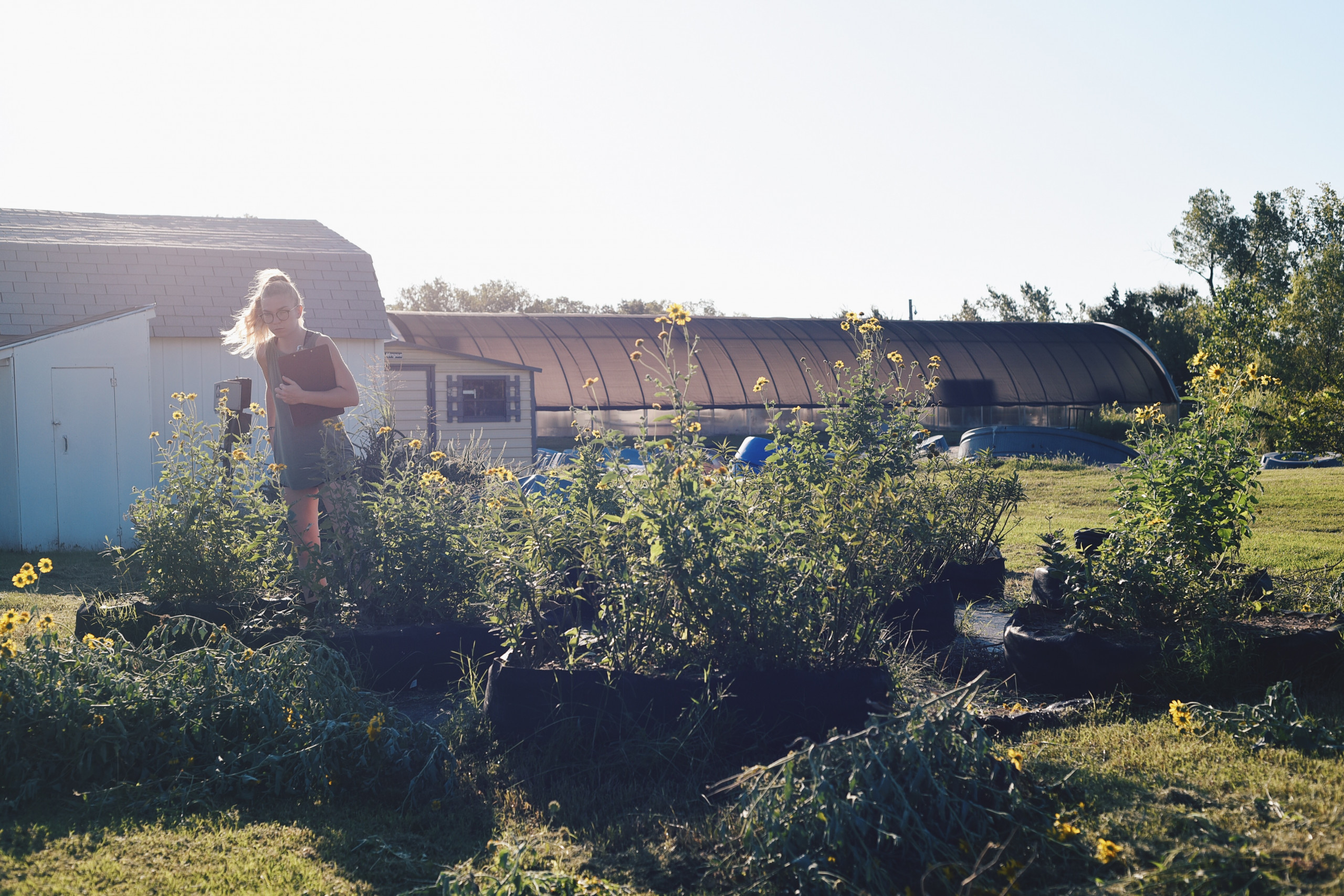 They established two study locations at the OU Aquatic Research Facilities south of campus. Each location has nine experimental planters, each containing one species of milkweed (either the tropical milkweed, native green milkweed, or native showy milkweed) to provide food for caterpillars and an assortment of native wildflowers to provide nectar for the adult monarchs. Throughout the semester Kayleigh monitored each milkweed plant, scanning for monarch eggs and caterpillars and recording their numbers on each of the three milkweed species. She checked the experiment regularly until freezing temperatures marked the end of this year’s monarch migration. Most of the data analysis will take place in the spring. If tropical milkweed is really luring monarchs into an ecological “trap” that harms the population, she expects to see significantly more caterpillars and eggs on the tropical milkweed than on either native milkweed. 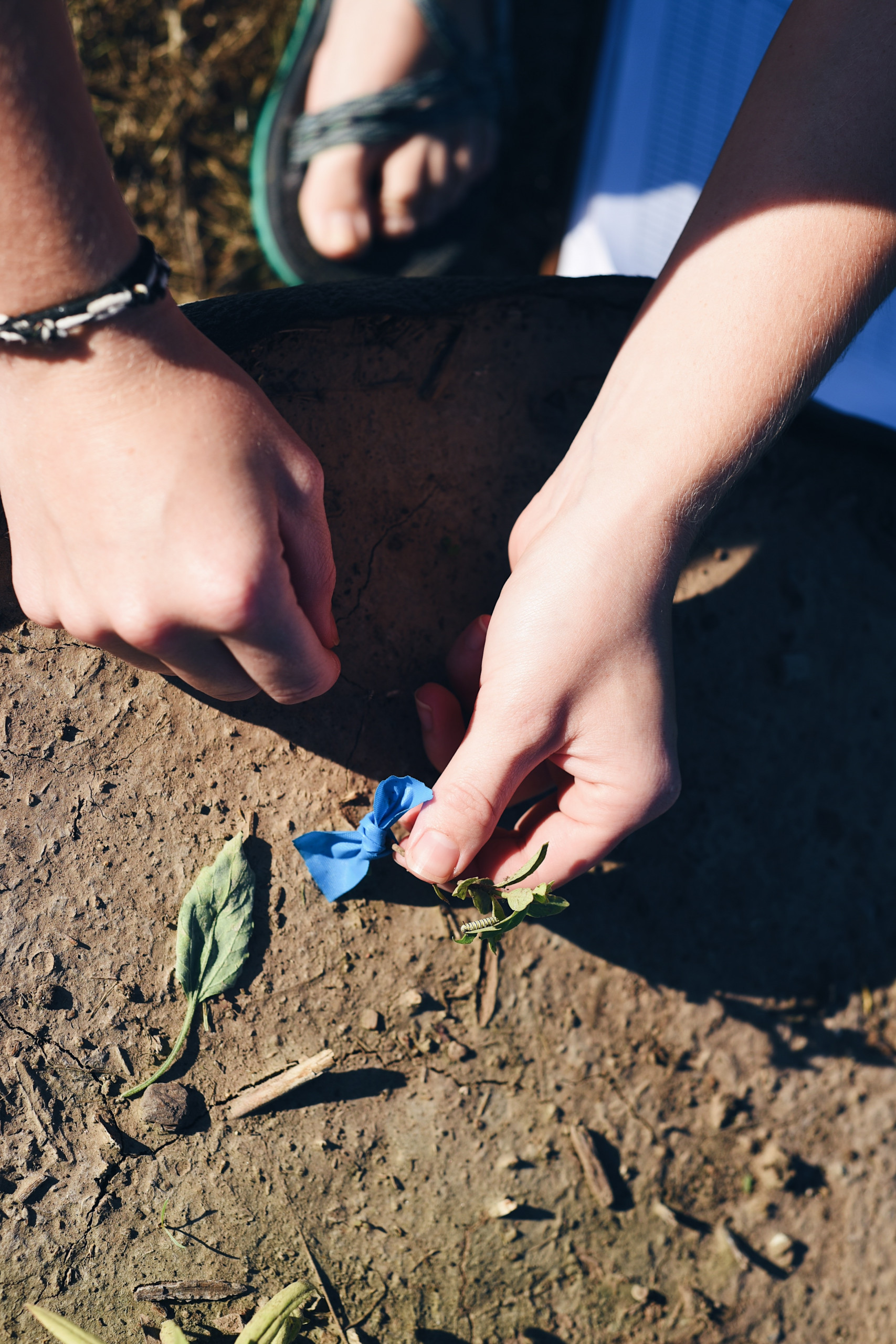 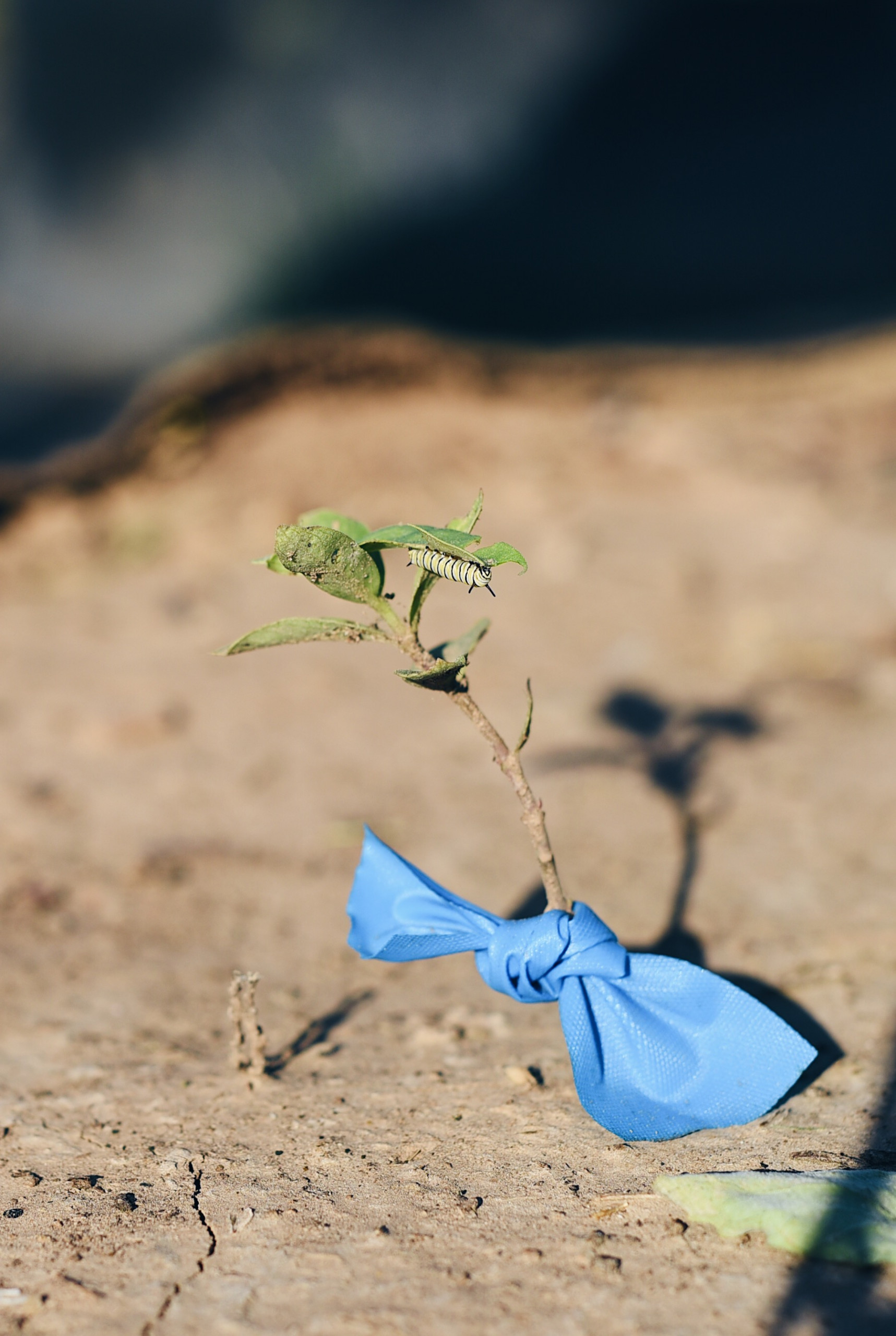 While only time will tell if this experiment reveals an impact of tropical milkweed, it can already be counted as a successful undergraduate research project. Like many students whose experience is limited to the classroom, Kayleigh had no idea how rewarding a career in research could be until she got hands-on experience. “It’s so much more exciting when you could actually be discovering new things that people don’t know about, and expanding on research that people have already done,” she says, “It leaves a much more lasting impression.” Pursuing this research, and being trusted with the responsibility and independence to guide her own project through from inception to conclusion, has Kayleigh excited for continuing her education and seeking out opportunities to continue in the field of ecological research. “I love it; I’m really excited about it. It’s gonna suck when it’s over, actually. But I’ll move on to the next big thing.” 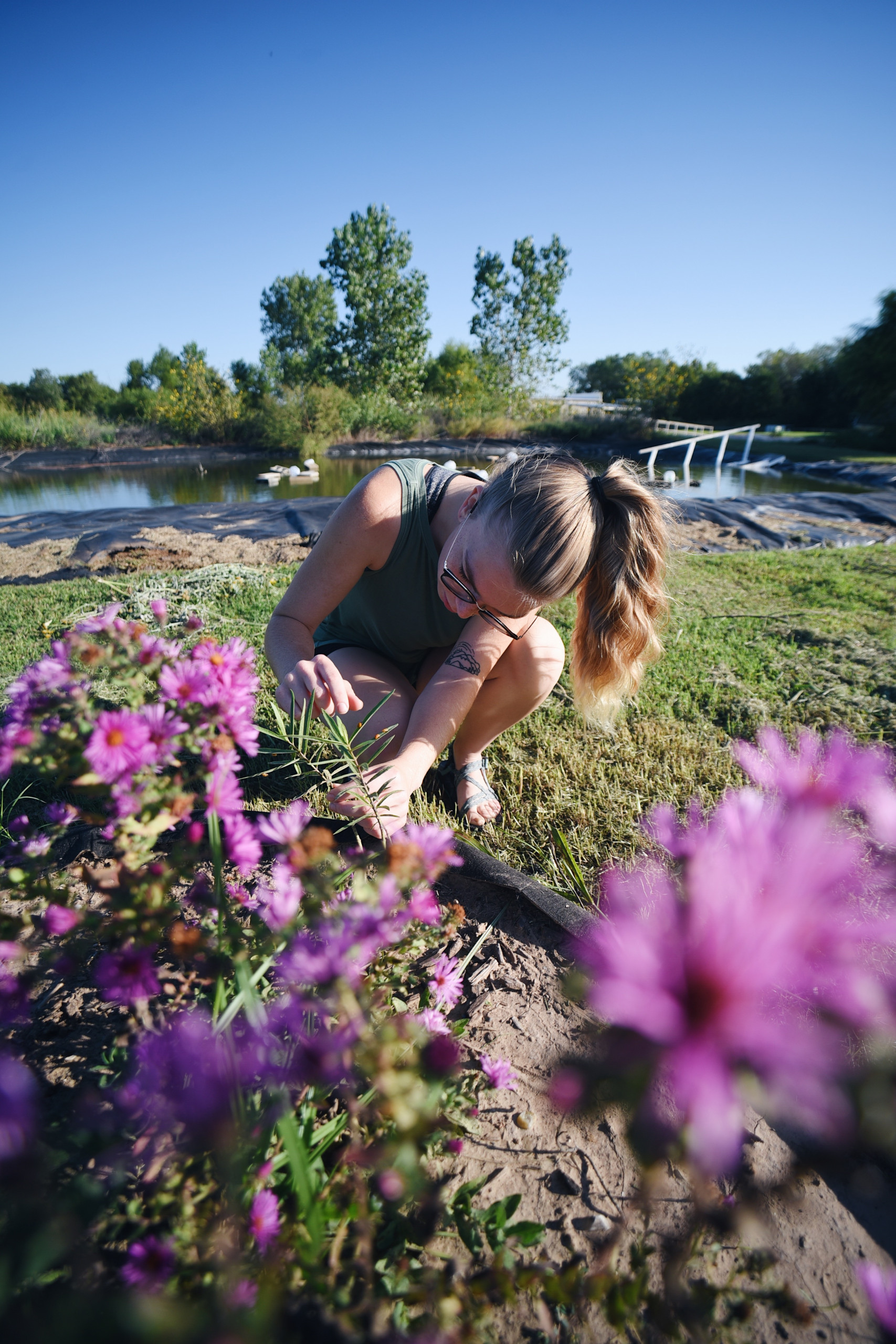 Okies For Monarchs: Guide to Planting a Garden for Monarchs